apta The Association of Political Theory in Africa (APTA) is the leading forum for the development and exchange of political ideas to overcome the challenges facing Africa today.

Professor Lawrence Hamilton was awarded the NRF/British Academy SA-UK Bilateral Research Chair in Political Theory in March 2016. He will hold the position for five years and it could be renewed for two more terms. It is the first and only humanities and social science bilateral research chair.

As the chair Professor Hamilton will build research networks in political theory between the University of the Witwatersrand (Wits) in South Africa and the University of Cambridge in the UK. For six months of the year he will be based in the Department of Political Studies at Wits and for the remaining part of the year, he will be in the Department of Politics and International Studies (POLIS) at Cambridge.

The chair has four central purposes for the two institutions:

The chair will offer scholarships at various levels so that more graduate students and research fellows can conduct research in political theory. Over time he intends to expand the exchange programme to include the London School of Economics, the School of Oriental and African Studies, Queen Mary University of London, New York University, University of Helsinki, University of the Western Cape and the University of Cape Town.

Professor Hamilton offers a novel approach to political theory. His research interests include topics in contemporary political theory such as states, power, representation, freedom, needs, rights, resistance, democracy, markets and political judgement. These are all informed by real world politics — particularly in the global South — as well as the history of political thought, South African politics, political economy and intellectual history. 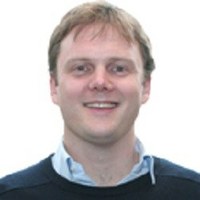 To date Professor Hamilton has taught and researched at four universities on three continents. Currently he is supervising eight PhD students and two postdoctoral fellows at Wits.

He is also the author of several books:

He is a Life Member of Clare Hall and an elected member of the Academy of Science of South Africa (ASSAf). And he is editor-in-chief of Theoria: A Journal of Social and Political Theory and has received more than ten awards for research excellence. In addition to this research chair, he has also received a TOFAC Award (2014), the NRF President’s Award from 2007 to 2011 and the Gladstone Memorial Prize in 1996.

He also recently co-founded the Association for Political Theory in Africa (APTA), which aims to promote political theory in Africa through support for African scholarship on a number of fronts.