apta The Association of Political Theory in Africa (APTA) is the leading forum for the development and exchange of political ideas to overcome the challenges facing Africa today.

Reflections on the African Struggles for Epistemic Freedom

To see the other clips in the series, click here: part two and part three 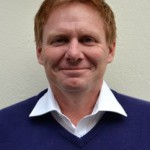 Laurence Piper is a Professor of Political Studies at the University of the Western Cape, and visiting Professor at the University West, Sweden. His research interests centre on the theory and practice of city politics and governance, with a current focus on informality and informal politics. A graduate of Cambridge (2000), Prof Piper is former President of the South African Association of Political Studies (SAAPS) and a member of the Academy of Science of South Africa (ASSAF). His most recently book, co-authored with Dr Fiona Anciano, is Democracy Disconnected: Participation and Governance in a City of the South, Routledge, 2019. 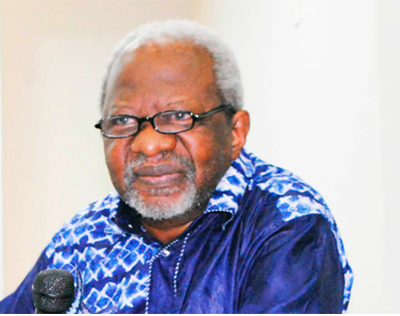 Paulin Hountondji is currently Director of the African Centre for Advanced Studies (Porto-Novo, Bénin). He received his PhD in philosphy in 1970 from the École normale supérieure in Paris. His many published works include African Philosophy: Myth and Reality (1996) and The Struggle for Meaning: Reflections on Philosophy, Culture, and Democracy in Africa (2002).

African philosophy is not just a collective worldview supposedly shared by all Africans though they may be themselves unaware of it. Instead African philosophy is philosophy done by Africans. The critique of ethno-philosophy as formulated some fifty years ago draws attention not only to the existence of individual thinkers in Africa but also to their full intellectual responsibility while discussing with and sometimes opposing one another. Beyond this critique however it remains obvious that African cultures including African languages, religions, rituals and other domains of collective heritage are based on a set of common assumptions as is also the case in other societies and cultures. These assumptions however should by no means be termed African philosophy or philosophies. Instead philosophy begins at the very moment when the individual takes a stand for or against this intellectual heritage.

Beyond Coloniality: Caribbean Freedom in an Age of Disenchantment 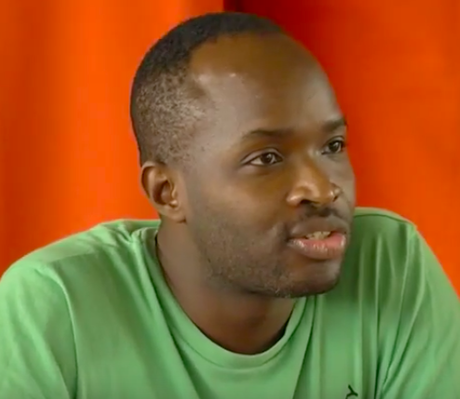 Aaron Kamugisha is Senior Lecturer in Cultural Studies at the University of the West Indies, Cave Hill Campus. He did his PhD Social and Political Thought at York University in Toronto, and was the 2007/8 Postdoctoral fellow in the Department of African-American Studies at Northwestern University. His current work is a study of coloniality, cultural citizenship and freedom in the contemporary Anglophone Caribbean, mediated through the social and political thought of C.L.R. James and Sylvia Wynter. He is the editor of five edited collections on Caribbean thought: Caribbean Political Thought: The Colonial State to Caribbean Internationalisms (2013), Caribbean Political Thought: Theories of the Post-Colonial State (2013), (with Yanique Hume) Caribbean Cultural Thought: From Plantation to Diaspora (2013) and Caribbean Popular Culture: Power, Politics and Performance (2016), and with Jane Gordon, Lewis Gordon and Neil Roberts Journeys in Caribbean Thought: The Paget Henry Reader (2016).

The Languages of Republicanism: self-rule and the public thing 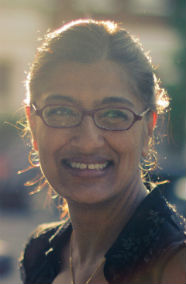 Manjeet Ramgotra studied Politics and French at the University of Saskatchewan in Canada and after living in France for a number of years, she wrote a PhD in political theory at the LSE on the conservative roots of republicanism in the history of western political thought. More recently, her research has developed to examine republicanism in the twentieth-century post-colonial moment, notably in the founding of the Indian republic. Manjeet is a strong advocate of decolonising the curriculum and has reconceptualized her teaching to include more women, people of colour and to reconsider how we construct knowledge.

Grant Parker joined Stanford from Duke University in 2006. He teaches Latin and other topics in Roman imperial culture; he has worked on the history of collecting and on historical maps. His books include The Making of Roman India (2008) and The Agony of Asar: a former slave’s defence of slavery, 1742 (2001). He has edited a major volume, South Africa, Greece, Rome: classical confrontations (forthcoming 2016/7). Current research projects focus on memorialization and public history, in both Rome and South Africa (including comparison).

The Iron Fist and the People: Two Ways of Analysing Africa’s Paradoxes

African states reflect complex past and present political trajectories. This can be understood as entailing four interconnected dynamics and processes: first, a mix of hasty decolonization processes; second, the battleground of fierce proxy wars; third, ideological struggles for the balance of power: and fourth, the rule of perennial autocratic systems sustained by domestic, international, state and non-state actors. On the one hand, this has deterred the blossoming of civic rights and rule by law, and on the other hand, fed into narratives about the paradox of plenty, social imbalances, and institutional decay as undermining the struggle of African states to guarantee basic political, social and economic rights to citizens. Yet, despite enduring power structures that often interlace with repressive impulses within existing regimes, an emerging pattern of change seems to be taking place across the continent. It is hard, however, to foresee whether the efforts to reform the AU will help to address the gulf between power-holders and the people or fall prey to a complex web of vested interests. This paper attempts to tackle the challenges and opportunities facing the continent. 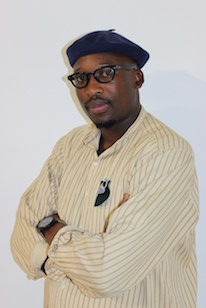 Tendayi Sithole is Associate Professor in the Department of Political Sciences, University of South Africa where he teaches African Politics. He holds a doctorate in African Politics which was based on Achille Mbembe’s political thought from the same university. Sithole is the founding member of Africa Decolonial Research Network and the executive council member of South African Association of Political Studies. Thematic areas of his research are black radical thought, decolonial critical theory, Africana existential phenomenology, public intellectuals, and literary studies. His forthcoming book Steve Biko: Decolonial Meditations will be published by Lexington Books. He just completed a book project provisionally titled Meditations in Black: Essays from the Limits of Being which is a study on black thinkers as thinkers and not biographical subjects. He is currently doing research on the political thought of Sylvia Wynter for a book project.

Democracy and the Poor: Notes for a Radical Theory of Democracy 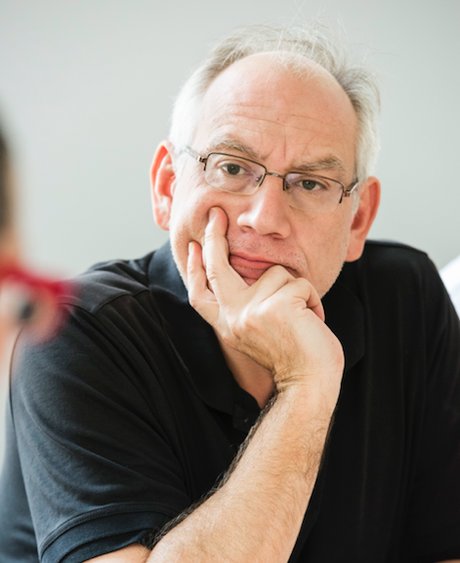 Andreas Kalyvas is Associate Professor in the Department of Politics at The New School for Social Research. He received his PhD and MA in Political Science at Columbia University and a BA in Political Science and Public Administration from the National and Kapodistrian University in Athens, Greece. Before joining the New School, he taught at Columbia University and the University of Michigan. He has been a visiting research professor at the University of Barcelona, Spain, and has also taught in Germany, Poland, and South Africa.

Professor Kalyvas’s work focuses on democratic theory and the history of political thought from ancient Greek and Roman to modern and contemporary continental political theory. His research interests are situated in the intersection of politics, history, and jurisprudence with a strong emphasis on the relationship between popular sovereignty and constituent power; resistance, sedition, and revolutionary breaks; the norm and the exception; emergency rule; citizenship, cosmopolitanism, and migration. He is currently completing a book manuscript entitled, “Legalizing Tyranny: Republicanism, Dictatorship, and the Enemy Within.”

Kalyvas is co-director of the Columbia University Seminar on Political and Social Thought. 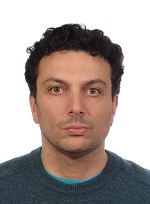 Dr Syros is a Senior Research Fellow at the Academy of Finland and also serves as KNAW/Royal Netherlands Academy of Arts & Sciences Visiting Professor at Radboud University Nijmegen. His teaching and research interests focus on Comparative Political Theory and the history of Christian/Latin, Jewish, and Islamic political thought.

Dr Syros is the principal investigator for the research project “Political Power in the European and Islamic Worlds” (2014–18). He has taught previously at Stanford University, McGill University, The University of Chicago, and the École Pratique des Hautes Études (Paris) and has received fellowships from Columbia University, the University of Pennsylvania, Princeton University, and the Royal Society of Edinburgh.
The session will be chaired by the British Academy Research Chair in Political Theory, Professor Lawrence Hamilton.

Democratic Competition: The Good, the Bad, and the Ugly

Shapiro is also the Henry R. Luce Director of the MacMillan Centre for International and Area Studies at Yale University.
His lecture Democratic Competition: The Good, the Bad, and the Ugly’ was an evaluation of different democratic arrangements in light of the elections and referenda of 2016. Shapiro argues that recent trends to decentralize decision-making and the governance of political parties in the name of enhanced democratic control have been self-defeating, and he proposes appropriate remedies.

Shapiro has written widely and influentially on democracy, justice, and the methods of social inquiry. He was born in South Africa but has been teaching in the Yale Political Science Department since 1984.

He is a fellow of the American Academy of Arts and Sciences and the American Philosophical Society, and a member of the Council on Foreign Relations. He is a past fellow of the Carnegie Corporation, the Guggenheim Foundation, and the Center for Advanced Study in the Behavioral Sciences. He has held visiting appointments in Cape Town, Tokyo and Oxford.